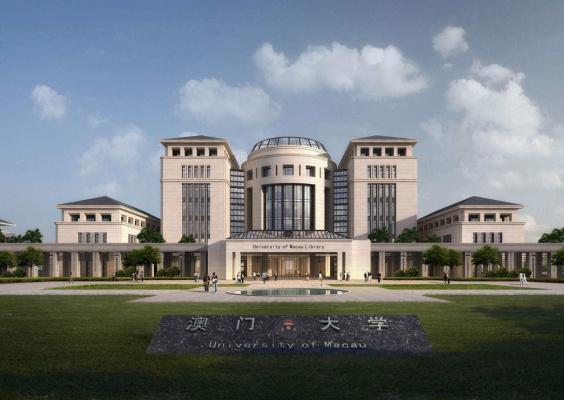 After completing its relocation to the new campus in 2014, UM began to reform its education system by launching a new ‘4-in-1’ model of education that consists of discipline-specific education, general education, research and internship education, and community and peer education. The purpose of implementing this education model is to provide a multifaceted education to help students cultivate self-knowledge and self-confidence, so that they will possess both ‘great knowledge’ and ‘great character’.

UM adopts a governance and management system in line with international standards and practices. It internationally recruits outstanding scholars to create a multilingual and multicultural learning environment for students. UM has a faculty team comprised of nearly 600 people, and many of them hold a PhD degree awarded by renowned universities. In recent years UM has stepped up efforts in recruiting senior-level faculty members in an attempt to continuously enhance its teaching and research.

UM vigorously supports scientific research. In recent years it has developed a blueprint for transforming into a research-focused university, which, combined with a clear, shared goal among faculty members to attain first-class achievements, has led to some very good academic results. According to the ISI Web of Science database, in 2016 UM published 1,200 high-quality papers, compared to 127 in 2008. At the 61st International Solid-State Circuits Conference of the Institute of Electrical and Electronics Engineers (IEEE), which is considered the ‘Chip Olympics’, UM was ranked among the top ten universities that had presented the most papers at the conference. In some areas, such as Traditional Chinese Medicine, and the Internet of Things, UM already ranks among the top in the Greater China region in terms of papers published at major international conferences and in prestigious journals. With the support of the Macao SAR government and the Science and Technology Development Fund of the Macao SAR, UM in November 2010 received approval from the central government for establishing two state key laboratories, namely the State Key Laboratory of Analog and Mixed-Signal VLSI, and the State Key Laboratory for Quality Research in Chinese Medicine. The approval for the two state key labs shows recognition of the university’s outstanding achievements in the fields of integrated circuits and traditional Chinese medicine.

UM constantly explores new research realms to meet the needs of Macao and China. Rector Wei Zhao, a world-renowned expert in computer and information sciences, was appointed as the chief scientist for a project under the national 973 Programme. A paper co-authored by Rector Wei Zhao, his research team, and another professor from East China Normal University, has been ranked among China’s 100 Most Influential International Papers 2012. Additionally, UM has launched Macaology, which it hopes to develop into an important, internationally recognised academic field to help enhance public understanding of the culture and society of Macao.

To better support higher education development in Macao and to meet society’s need for high-quality professionals, UM in August 2014 relocated to the new campus on Hengqin island, Guangdong province. The new campus is under the jurisdiction of the Macao SAR. It covers approximately 1.09 square kilometres, is 20 times larger than the old campus, and can accommodate at least 15, 000 students. On the new campus UM implements a residential college (RC) system modelled upon the successful experience of top universities like Oxford, Cambridge, and Yale. Currently there are ten RCs on the new campus. Undergraduates of different majors and in different years of study are arranged to live in the same RCs, with ample opportunities to participate in various competitions and activities organised by the RCs. It is hoped that through such frequent peer interaction, students will improve their interpersonal skills, acquire self-discipline, learn self-management, and achieve well-rounded development.

UM is faced with unprecedented opportunities, but with great opportunities come great challenges. How UM seizes the opportunities and overcomes the challenges will have important implications for higher education development in Macao’s neighboring regions. UM is committed to nurturing outstanding graduates with professional skills, extensive knowledge, and high integrity. It also hopes to make steady progress towards the goal of becoming a first-class university with regional characteristics.