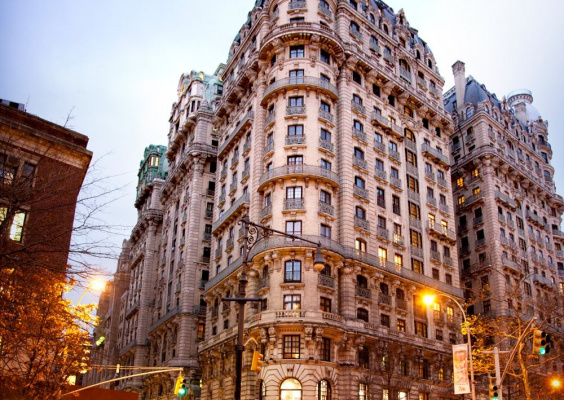 AMDA began its journey in 1964 as a musical theatre school emerging from the vibrant Manhattan arts scene. AMDA was born with a simple but powerful idea: to create a school run by professional performers, for performers. The institution quickly established itself as an integral part of the New York performing arts community, garnering early support from Broadway’s theatre elite including Sammy Davis Jr., Dina Merrill, Carol Channing, Richard Burton and renowned actress Elizabeth Taylor.

AMDA soon became known throughout the performing arts world for its critically acclaimed fundraising productions, with gave tribute to such luminaries as Stephen Sondheim, Julie Styne, Ira Gershwin and Cole Porter. These shows featured numerous icons of the stage and screen, such as Angela Lansbury, Liza Minnelli, Bette Midler and Kevin Kline.

In those early years, AMDA’s first director, Philip Burton—the actor and instructor best known for helping launch the career of his adopted son, Richard Burton—became fast friends with David Martin, who had studied under famed actor Charles Laughton. At the time, David Martin was an actor, director and producer working in both New York and London. In the late 1970s, Burton passed the torch to David and his wife, Jan Martin, both of whom went on to produce several televised gala productions for PBS at the famed Lincoln Center. To this day, the Martins continue to serve as AMDA’s Executive and Artistic Directors.

AMDA flourished under the Martins, who developed new programs and hired some of the world’s top-performing artists as faculty. The school’s explosive growth in the 1970’s prompted a move to the historic Ansonia Building on Manhattan’s the Upper West Side. Continued success in the 1990s led to a second building near the Lincoln Center, which now serves as AMDA New York’s principal location.

In 2003, the Martins brought AMDA’s success to the golden West Coast, founding a Los Angeles campus in the Art Deco Yucca Vine Tower located in the heart of Hollywood. With this groundbreaking move, AMDA became the only Bachelor of Fine Arts Degree-granting performing arts institution with campuses in both New York and Los Angeles.

More than a half century after its humble beginnings, AMDA is now a thriving, fully accredited institution, offering Professional Conservatory (New York and Los Angeles) and Bachelor of Fine Arts Degrees (Los Angeles) in Acting, Dance Theatre, Music Theatre and Performing Arts. Building upon decades of history, AMDA’s growth continues with the ongoing addition of new programs, facilities and resources for our prolific body of students and alumni.

Each year, more than 1,400 students engage in AMDA’s rigorous curricula, each young artist training under the guidance of our faculty of professional artists and instructors at the leading edge of their respective fields. As we look forward to the next generation of performance, AMDA remains committed to nurturing artists who have the skills and drive to launch effective, creative careers that shape the life of our local, national and global communities.

01.01.2019 10:06 6 6
0 0
American Musical and Dramatic Academy I have hear a lot about this college from my Trio teacher he went there to major in theater, he is really good at singing and dancing, I have see him on the internet. He has told be about this college because I want to be some an actor/singer when I am older. I have been in two acting play as a little kid. I went to Camp Creamery for three years, it had came to my home town. I was in Merlin's Apprentice and The Deadly Dragon, and The Unknowns Freak Out Roswell. Those plays were the best thing that happened to me. That is why I want to go to AMDA College.
Comment

16.07.2018 03:21 1 1
0 0
American Musical and Dramatic Academy This is an awesome school! My sister studies here and she has no regrets. Her acting has improved immensely, we can really see the work the program puts in every student. Plus, she didn't have to leave our hometown too! Kudos to AMDA!
Comment

02.07.2018 17:14 1 1
0 0
American Musical and Dramatic Academy Wow, what a promising academy! This school is truly theater and art-driven and it’s what makes more potential students enroll in here! Its passion for performing arts and theater is so broad that it produced such outstanding performers! Hoping to have a trip there sometime and share the good news to everyone.
Comment

02.07.2018 01:24 1 1
0 0
American Musical and Dramatic Academy Looks like a very accomplished school for the dramatic arts right in the heart of Manhattan. The lineup of graduates is very impressive between Elizabeth Taylor and Kevin Kline. Thanks for sharing!
Comment

02.06.2018 23:24 1 1
0 0
American Musical and Dramatic Academy I had a chance to study acting in this Academy .I am very happy that I was able to learn the basics of acting . It was a great honor to study here .There were many famous people . The most common degree you can get after graduation is bachelor of fine arts or bachelor of arts . Specializations can be varied, the most common-it's drama, as for those who want to concentrate in musicals, there are specializations in the musical theater. In theatre conservatories there are also two-year programs or professional certificates .
Comment