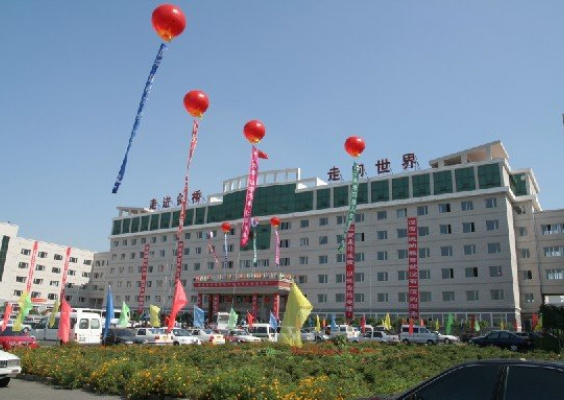 Harbin Cambridge University is a higher education institution approved by the Ministry of Education of China to enroll undergraduates according to unified national plan (the ministry of education code: 13303). Founded in 1995, the university was sponsored by Oriental Cambridge Education Group. Through 20 years of development, it has progressed to a full-time university with 10,000 students.

The campus covers 52 hectares with a building area of 300,000 square meters. Harbin Cambridge University has a library of 1.002 million books and teaching and scientific research equipment which is worth nearly 60 million Yuan. The university consists of eight colleges including College of Mechanical and Electrical Engineering and so forth, three teaching departments as well as one specific research institute for pre-school education. The university offers 23 undergraduate majors, among which pre-school education is the provincial key major and it is the key discipline in Heilongjiang province. Currently, the university employs 547 full-time teachers, among which over 214 people have titles of associate professor and professor and 306 people possess master or doctoral degree.

In January 2011, officially approved by Hanban of China, Harbin Cambridge University established “Confucius Classes” in America. In March 2011, the university signed a formal agreement with Peking University to establish a joint base for students’ internship.

Professor Wang Yulan serves as the principal and the secretary of Party committee of the university. Several senior experts with abundant experience in university management work as leaders at all levels, and a group of senior professors act as academic leaders in the university.

Located in Xiang fang District, the centre of Harbin, Harbin Cambridge University is adjacent to more than ten institutions of higher learning such as Harbin Medical University, Heilongjiang University and Harbin University of Science and Technology. There are various shopping malls such as Carrefour, Garment Center, Songlei Commercial Building and other main shopping centers not far from the university. In addition, transportation here is convenient with subway station of Line 1 and many routes of public transport, Harbin West Railway Station (high-speed trains go directly to Beijing) and Harbin Bus Station (Provincial Bus Station).

Harbin, the capital of Heilongjiang province, with more than 11 million people, is an important political, economic, cultural and transportation center of northeast China. It is also a mega city with the largest area in China's provincially administered municipalities and the second largest population. It is a famous historical and cultural city for tourism in China, known as "Oriental Paris" or "Oriental Moscow".

Internationalization of a University Determines the Horizon of its Students

To create high-paying job opportunities and chances for learning abroad, Harbin Cambridge University has established international cooperation with nearly twenty prestigious universities in America, South Korea, Japan, Thailand and other countries. The international education projects include the American Full-Scholarship Program, Japanese Scholarship Program, China-South Korea Undergraduate Dual Degree Program, China-South Korea and China-Thailand Programs offering one bachelor degree and one master degree. Every year, 85 excellent students in the university are given the chance to study abroad as exchange students without paying tuition fees and the opportunity to get a high-paying internship or a job overseas.

When entering Harbin Cambridge University, the students who have joined the programs for studying abroad can take part in international classes offered by the university. Besides attending all professional courses in the university, those students also enjoy the benefits of enhanced training of foreign languages free of charge and have the priority in seizing opportunity to gain overseas scholarship, to make an overseas investigation and short-term learning abroad and to get an internship overseas.

National leaders have paid close attention to the development of Oriental Cambridge Education Group and Harbin Cambridge University and have inspected the school for many times, fully affirming and praising our achievements, which greatly inspires all staffs.

Harbin Cambridge University aims to cultivate applied talents with national spirits and international horizon. The school’s motto is “To have ambitious minds with a thorough knowledge of both western and Chinese learning.” The university, by virtue of its unique geographical advantages, first- class education conditions, reliable quality of education and well-recognized services, has created a vigorous learning environment, in which students from all over the country can achieve all-round development.

To build a prestigious university of the century and to foster competent talents of the generation.