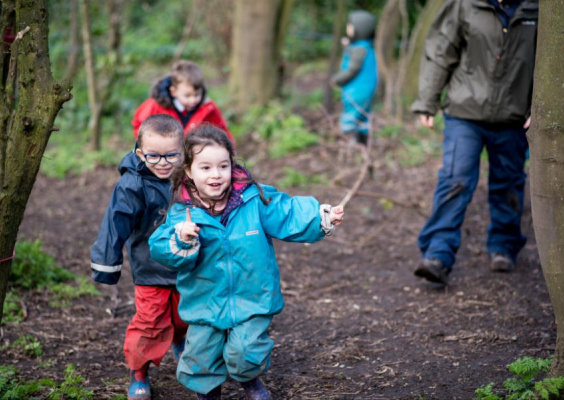 Pound Park Nursery School is a maintained nursery school run by the Royal Borough of Greenwich. Built in 1944, Pound Park was set up to cater for the children whose parents were involved in the war effort. Developed with a core value of delivering high quality early education and having qualified teachers, Pound Park continues this ethos until the present day. Pound Park established itself as a model of good practice for the education of children aged three and four years.

In 2004, Pound Park added the Up to Threes Unit as part of the Neighbourhood Nursery Initiative and we welcomed our first group of children aged 3 months to 3 years old. This service later converted to the Together for Twos programme to support vulnerable two year olds in the area.

In 2006 Pound Park, in conjunction with Sure Start Charlton, became a Children’s Centre and another new building- the family room- was added.

Distinctly, and under the direction of the Governors and the Headteacher, Pound Park Nursery School and Together for Twos continues to be federated with the Together for Twos provision contained within Cardwell Children’s Centre. Together we offer a high quality provision for 2, 3 and 4 year old children.  We maintain a strong relationship with the local Children’s Centres to enable our families to access a range of services.